The Lake District, Cumbria, is officially the most popular destination for walking in Britain, according to a new nationwide survey just released by Ordnance Survey.

Their OS Maps service analysed more than 500,000 routes over ten years and revealed that the Lake District has topped the country’s league table with Keswick and Ambleside being the most popular locations for walkers.

And of the 20 most popular places to create a walking route across Britain, an impressive 18 of them are within the core areas of the Lake District National Park – taking in popular locations including Keswick, Ambleside, Grasmere, Helvellyn and Scafell Pike.

Managing Director for Cumbria Tourism, Ian Stephens, says, “This is the ultimate place to enjoy the great outdoors and this latest Ordnance Survey research confirms that the Lake District, Cumbria, is indeed the UK’s Adventure Capital. 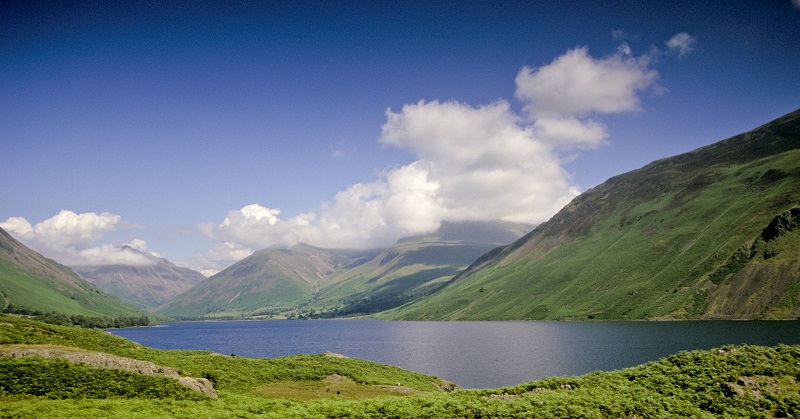 “With a network of just under 2,000 miles of Rights of Way and some of the most spectacular scenery you are likely to find, it’s great to see that the Lake District remains a firm favourite.  Whether you’re taking a gentle lakeside stroll with the family or scrambling up more challenging locations like Sharp Edge on Blencathra, this spectacular landscape appeals to everyone from the occasional walker to the more specialist adventurer.”

Nick Giles, Managing Director of Ordnance Survey Leisure, says: “For centuries the Lakes have held a special place in people’s hearts, and we know the area is loved by map users, because the region frequently tops our bestselling paper maps. However, when we started examining this data and looking at the route-creating habits of people, we weren’t expecting the Lake District to dominate so strongly.”

Just a few of the walks highlighted by Ordnance Survey include England’s highest mountain Scafell Pike and Langdale Fell which forms part of the popular Cumbrian Way. Other breathtaking walks include Nethermost Pike, one of the highest Wainwrights’ in the eastern fells; Allen Crags which is frequented by walkers on route to Scafell and Fairfield Horseshoe, one of the more classic Lake District walks.

For full details of the research, visit Ordnance Survey’s blog

For ideas and inspiration on walking in the Lake District, Cumbria, visit the GoLakes website.

Outdoors enthusiasts can build impressive collections of Ordnance Survey maps, but it often means they’re not using the most up-to-date maps to get outside and explore Britain. Up until 20 March, OS is offering avid explorers the chance to return their old maps and receive money off new map purchases in return.

Following the success of a similar scheme in 2014, when Ordnance Survey had a phenomenal 10,601 outdated paper maps returned to them and offered thousands of pounds in savings on new maps, the map return scheme is on offer once again. Depending on the number of maps returned, participants can receive a voucher up to the value of £15 to spend in the online map shop.

This year, those who return maps will be able to update to the brand new OS Explorer and OS Landranger maps which include a mobile download of the map.

First launched to the Outdoor Leisure maps in summer 2015, the maps now include an iOS and Android compatible download of the map area. The downloaded map allows users to plot and store routes electronically. All the map data is stored locally and is available regardless of whether the smart device has a signal or not, making it perfect for even the remotest of areas to use alongside your paper map. The OS Landranger version of these new maps will be available from 24 February, joining the OS Explorer range. 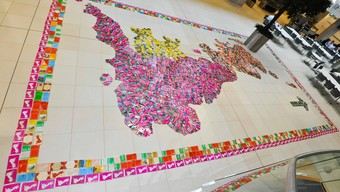 “Our OS Explorer Maps and OS Landranger Maps are updated with new versions every two to five years depending on the area and a lot can change.

“We’ve been delighted to see people recognising the importance of paper maps for navigation in the last 12 months, seeing a 1% growth in the number of maps sold in 2015. From the number of maps returned in the last trade-in scheme, we hope that people are getting the message that it’s important to use an up-to-date map. Last time, our team had fun creating a giant map of Britain from just a fraction of the returned maps – who knows what we can create this time!”

The 10,601 maps returned in 2014 covered the length and breadth of the country, with the earliest being from 1919 and a large number from the 1950s and 60s. The old maps were recycled and reused wherever possible to help teach navigation skills to young people, and some even being used for art projects.

The scheme runs until Sunday 20 March 2016. Find details on how to return maps here: www.os.uk/shop/map-trade-in.html

Northumberland National Park is claiming possibly the best day out activities for under £3 this summer, having created two must-do’s that tick the boxes of families who love to explore, have fun in the fresh air and learn in an interactive way that fuels the imagination.

The two fresh new Northumberland self-guided walks are based around the World Heritage Site of Hadrian’s Wall, (the Cawfields and Great Chesters Fort), and the Iron Age hill fort of Yeavering Bell, close to Wooler, respectively.  The first is a 5km story walk and the second is 4km long, with both featuring two brand new characters – Mungo, a young Celt boy, and Bran – his faithful horse.

Costing just £2.95 from the Northumberland National Park Visitor Centre, Rheged (near Jct 40, M6) or online at www.taletrails.co.uk or other retailers, both are ‘portkeys’ to lost times and lands, bringing the trials and tribulations of Celts, living alongside Romans, and then later Saxons, to life.

The colourful laminated stories carry a vibrant, illustrated and specially drawn map on the reverse, so families can find their way using both visual and written guides.  As they go along, the stories challenge them to spot things in the landscape, or interact with it, by doing things like leaving a coin on an ancient Roman altar and making a wish.

In this way, the landscapes and heritage sites that grown-ups love, suddenly become adventure zones with props that can enliven an excursion, provide amazing imagination sparks and leave children chattering about their day out all the way home … and all for less than £3!

If you weren’t planning on heading to Northumberland this summer, think again!  Once your kids get wind of Tale Trails, pester power will rule the day!

This weather forecast is generated by the Met Office Weather Widget